Unlock the Secrets of Kashi

15 Old and Rare Pictures of Varanasi

Let’s take a walk down the memory lane and see some of the oldest and rare pictures of Varanasi clicked by Photographers back in time.

The king of state Benaras(Varanasi) lived a lavish life and his fort still stands as a piece of evidence. In the above picture, you can see one of the elephants from his royal fleet. The “Howdah” which can be seen above the elephant is still up for the display in the museum at the Ramnagar fort.

Do you find something missing in the above picture?

Well, after all the famous Malviya Bridge wasn’t there always. The bridge which is today visible from all the ghats of Varanasi was built in 1887. Before that a makeshift bridge of boats was in use. This image was clicked from the dome of the Alamgir Mosque.

Gyanvapi well also known as knowledge of well is located inside the Kashi Vishwanath Temple of Varanasi. It’s a highly sacred and heavily guarded place and only Hindus are allowed to be around it.

The fact that most of the travelers from other countries will never be able to see it makes this picture a rare one. 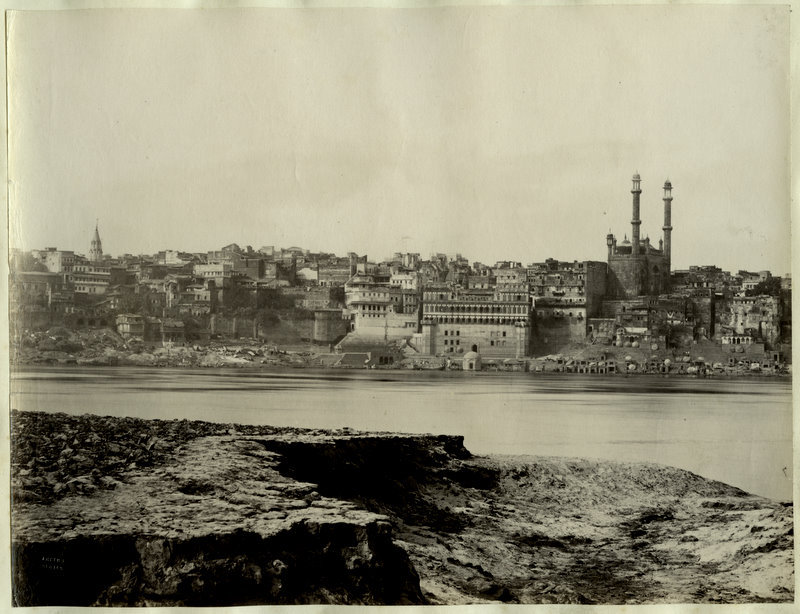 The Alamgir Mosque is one of the most prominent features of Panchganga Ghat and is visible from far ends. This structure used to look colossal with its 2 sky kissing minarets. One minaret collapsed killing many and the other one was brought down by the Government for safety reasons. 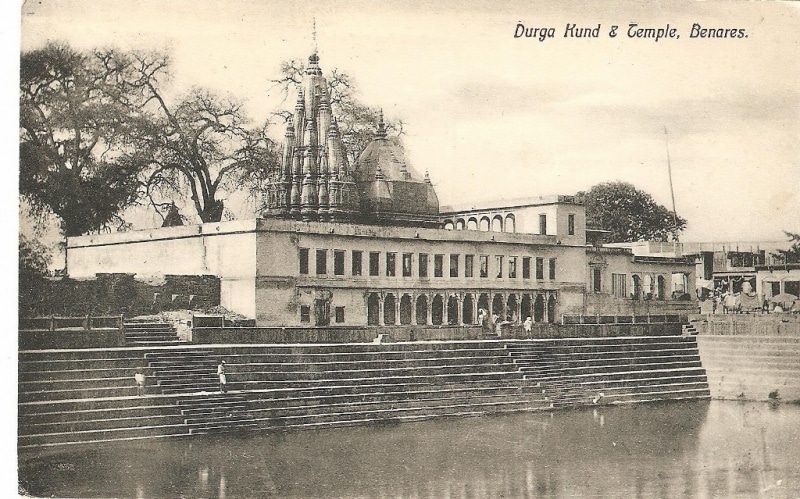 The famous Durga Kund of Durga temple wasn’t always barricaded. It sure looks beautiful today but sitting and soaking the sun in winters at the steps of the reservoir would have been a different feeling at that time.

It was the time when waterways used to be one of the main modes of transportation. It was a normal sight to see boats sailing around the Ganges carrying travelers and supplies.

Clicked in 1890 this frame shows how the landscape of Ghats has changed within a century. The man mandir(on right) is restored and in better condition today and the empty space on the left to it is converted to Rajendra Prasad Ghat.

This picture shows how drastically the cremation ground has changed. The Manikarnika Ghat today boosts pucca ground and shops around it. The steps are restored and well maintained.

On the bottom left in the picture, one can spot a hand-painted double haul boat. These were hired by aristocrats and were pretty common at that time. Today all we see are diesel boats with ugly branding of telecom companies.

It might seem like a scene from circus today but it was a common sight at the ghats of  Varanasi. Earlier Sadhus and Aghoris used to attract travelers with such tricks.

Later it was found that the bed of nails is really helpful for the people who suffer from back pain and it became a hot selling product in the western world.

This picture justifies why the western world decided to call us the land of snake charmers.

Snake Charming is an illegal trade now but you can still spot a lot of them in the streets on Shiv Ratri Festival.

When you look at the above picture it makes you realize that schools have changed a lot. That’s for our good because it would have been tough to cheat with the teacher holding the higher ground in class!

Did you notice the difference in the tilt of this temple?

This picture was captured in the 19th century. The speed at which the structure is tilting should have rung a bell for authorities but strangely it seems like no one cares. Also, if you will look closely then you can also notice people worshiping the Shivling inside the Ratneshwar temple.

The above picture was clicked it 1905 at the initial stage of excavation in Sarnath. One can spot the parts of the Ashoka pillar in the picture. Today you can see this piece of marvel everywhere from the museum of Sarnath to the money you carry in your wallet.

15. Crocodile at the Ghats 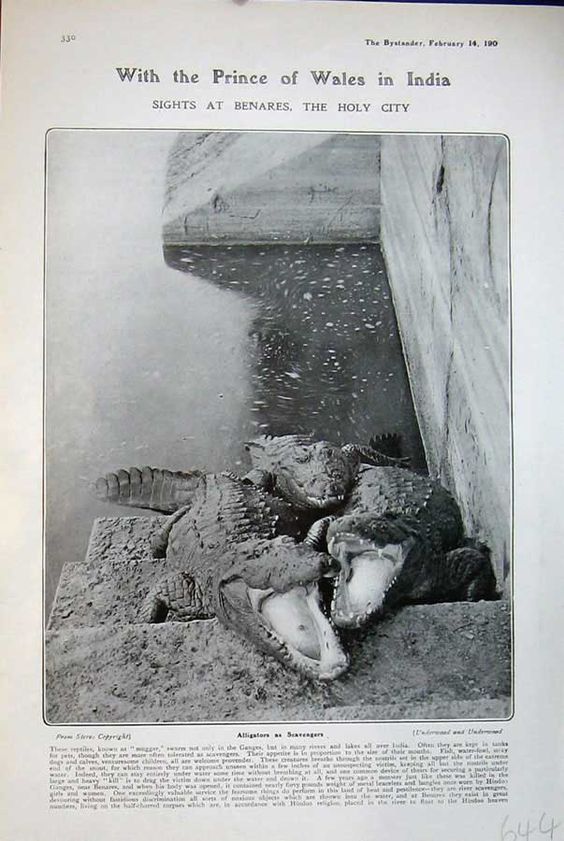 It looks like soaking your feet in the Ganges wasn’t really a great idea in the early 19th century. It’s still not a good idea due to polluted water but at least you won’t lose a leg if you do so!

That’s all for today folks! Tell us about your favorite picture in the comments below. Also, do not forget to check out the Offbeat places in Varanasi if you’re planning to visit soon.

The kashi Vishwanath Corridor Project: Development or a Dystopian Demolition?

Kashi: An Exploration Within

15 Old and Rare Pictures of Varanasi

The kashi Vishwanath Corridor Project: Development or a Dystopian…